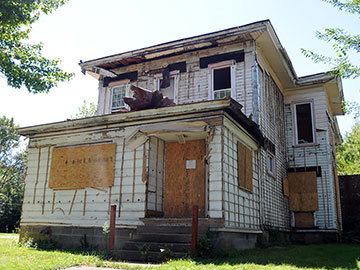 The city of Pensacola can take pride in its minority inclusion.

That’s according to the first NAACP Florida State Conference report card issued Thursday. The report used 2010 census data and organization records to grade public bodies on percentages of minority inclusion in the areas of small and minority business spending, employment diversity, and minority advertising and marketing.

Pensacola was one two organizations graded to receive a C in the area of small and minority business spending. While a C may not sound all the great to anyone familiar with a school report card, NAACP State Economic development chair Torey Alston said the city should be praised.

“Although they received a C on the grading scale, they absolutely should be commended,” Alston said. “They’re spending was a whopping 28 percent with veteran, minority and small businesses. That was more than any other city in our study.”

City chief of operations Tamara Fountain said the mayor has made an effort since coming into office to ensure continued diversity in city offices, and pointed to the 2011 MGT of American diversity study the mayor encouraged the city council to commission.

“I can tell you that the mayor is very committed to diversity,” she said. “I mean, if you come up (to City Hall) it’s all women and half of them are African-American.”

What’s more, there’s an ordinance currently making its way through the city council that would establish a minority- and woman-owned business program for city contracts.

The only other governmental body responding to the NAACP inquiry to receive a grade other than an F in the spending category was the city of Orlando, which also received a C.

Also graded was the Escambia County School District, which received an A for employment diversity but was awarded an F in the areas of minority spending and minority advertising. However, school district superintendent Malcolm Thomas said he felt that the low grades were not a reflection of the district’s policies so much as they are of the NAACP’s grading procedure.

“Most of the data they asked for months ago we don’t have,” he said. “This is probably the only study I’ve ever seen when you don’t have data and they give you an F. I can understand what they’re trying to accomplish, but I think this report is counterproductive.”

Every school district graded received identical scores to Escambia County, with the exception of the Broward County School District who were graded a B in the area of minority advertising and marketing.