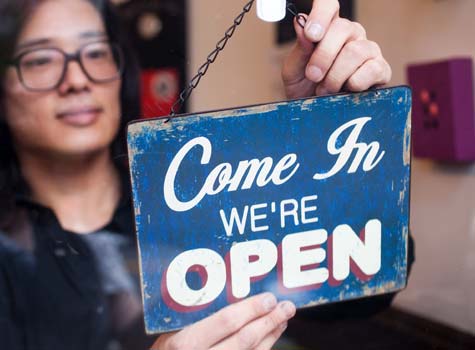 The NAACP has a long and distinguished history of supporting the less fortunate among us; the men, women and children, who are vulnerable and in too many cases, literally fleeing for their lives. We have always supported U.S. and international human rights laws which prohibit discrimination on the basis of national origin, and we provide everyone with the right to the freedom of movement. With this understanding of our values, you can only begin to imagine how outraged we were to learn of Governor Scott’s refusal to allow our State to provide sanctuary and care for these sojourning men, women and children from Syria who are seeking refuge and protection in our great State of Florida to escape the horrors and devastation of the war and violence.

Like so many before them, the refugees from Syria are coming to the United States to escape war, bloodshed, violence and tyranny as well as the hope for a better life for themselves and their families. We have seen this before in too many cases. From the Haitians who were forced to leave their home island after the 2010 earthquake, or even going as far back as 1940 when 900 Jews who were aboard the S.S. St. Louis were fleeing the evils of Adolph Hitler and the Nazis who tried to dock in Florida after being turned away in Havana.

Sadly, in a strikingly similar case, we find that our State government has us turning our back, in a manner that is not only cruel but also immoral, on these refugees who are in dire need. While no individual state can legally refuse refugees, state governments can make resettlement difficult by denying or delaying assistance including food, housing, and other basic needs. At a time when we should be opening our arms to these families who have risked everything and often lost it all, it is unfortunate that our Governor has instead chosen the coward’s route and closed our doors.

The attacks in Paris in mid-November are an example of the random and devastating violence that these same people are trying to escape. These refugees should not be used as a political pawn to heighten American fears and anxiety thereby closing the door of compassion and stepping away from our values as Americans.

For the record, refugees, of any nationality, who are resettled anywhere in the U.S. undergo a rigorous screening process before being allowed into the country. This process includes interviews and multiple security checks by a variety of federal agencies including the Department of Defense and the FBI. This process can take years, and often times refugees are forced to live in sub-standard conditions while awaiting access to the “land of the free.”

The NAACP strongly urges Governor Scott to rethink his position and to welcome the Syrian refugees by supporting their quest to reach a land of promise and safety. In the Gospel of Matthew, Jesus, Mary and Joseph flee the terror of Herod. They are perhaps the archetype of today’s refugee families.

As we gather together as families and friends, during this time of Thanksgiving, in the season of joy, we must ban together to demonstrate compassion and common sense and not succumb to the politics of fear. Not only must we open our doors to Syrians, but also we must allow refugees from Kenya and other African countries who too are escaping the perils of war to find safety, freedom, and opportunity in our State and our Nation.