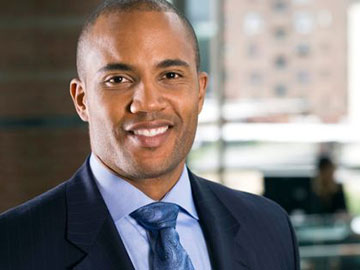 Diversity and inclusion has become an important subject of national debate in urban and rural areas. Yet what has not been adequately addressed is the inequality in business development and how procurement policies with a diversity emphasis can be an important means of strengthening wealth and entrepreneurship development for minority communities.

Entrepreneurship is often touted as a uniquely American way of strengthening economic security and building wealth. Yet this pathway of opportunity remains one marked by great racial economic inequality. The U.S. Department of Commerce’s Minority Business Development Agency, states that “economic parity is achieved when the level of business activity of a business group is proportional to that group’s representation in the U.S. adult population,” yet minority-owned firms are smaller on average than non-minority firms in size of gross receipts, employment and payrolls. In 2002, average gross receipts of minority-owned firms were about $167,000 compared to $439,000 for non-minority firms. If minority-owned firms would have reached parity with the representation of minorities in the U.S. population, these firms would have grossed over $2.5 trillion in receipts and equated to 6.5 million firms.

Racial economic inequality is still a reality in terms of business ownership and profits. We at the NAACP see strengthening procurement with minority firms by large private corporations and government agencies as an important tool in strengthen entrepreneurship for all communities and the Florida NAACP State Conference Economic Development Report Card reveals there is much room for improvement in Florida as it relates to minority procurement.

Last month, the NAACP Florida State Conference led by President Adora Obi Nweze released an Economic Development Report Card on the records of targeted cities, counties, school districts and private corporations in the State of Florida. What stood out amidst all of the findings were the poor minority procurement practices that were consistent through the public and private sector. In summary, most local governments spent less than two percent with veteran, minority and women -owned businesses. This is terrible when Florida’s population is over sixty percent minority and/or women. The cities of Orlando in central Florida and Pensacola in north Florida outperformed all other governments in spending with veteran, minority and women-owned businesses. Interestingly, the workforce diversity of most local governments reviewed were exceptional but advertising and marketing dollars with veteran, minority and women-owned businesses has been a general failure. Despite the widespread lack of procurement diversity, many government entities still do not track spending by race and ethnicity nor is this data captured during the initial vendor registration processes. In 2015, many governments still do not have Minority and Women Owned Business Enterprise (MWBE) Programs nor more general Small Business Programs to increase opportunities for entrepreneurs. These initiatives support community economic development, increase the local tax base and provides real dollars to small businesses.

The Florida State Conference review led to four sensible recommendations sent to Florida’s Governor and leaders of the Florida Legislature:

This is our call to action to the public to demand transparency and accountability in how your tax dollars are spent from your local elected officials. The results of this Report Card underscore the urgency to monitor the spending by your local school district, county commission, city commission, water management district and hospital district. The NAACP Florida State Conference will conduct this review annually and update you on best practices and organizations that need continuous improvement. The National NAACP Economic Department will continue to support the important diversity work of our state leadership and through working with government agencies and the private sector work to make our 21st century economy 21st century America.