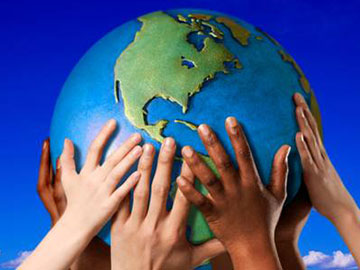 Promoting diversity and inclusion in business hiring, government contracting and career advancement has become a central focus of the NAACP Florida State Conference in recent years. The general public has not been accustomed to the NAACP lending its voice on economic development issues, so we took a “deeper dive” into a topic that receives little attention from elected officials, business leaders and actual decision makers in public and private organizations.

About 75 percent of Florida’s state population is white alone, and all others fall into other minority groups, according to the 2010 Census Results. These groups are Black/African-American, American Indian/Alaska Native, Asian, Native Hawaiian/Pacific Islander, two or more races and some other race alone. Based on this data, we believe all communities deserve a piece of the pie from local government and private corporations.

We recently released a public Economic Development Report Card on the records of targeted cities, counties, school districts and private corporations in the state of Florida. Through the Diversity Matters Initiative, our review examined their records on small and minority business spending, employment diversity, advertising and spending with veteran, minority and women-owned businesses.

In summary, most local governments spend less than 2 percent with veteran, minority and women-owned businesses. This is terrible when Florida’s population is about 25 percent minority. The cities of Orlando and Pensacola outperformed all other governments in spending with veteran, minority and women-owned businesses. The St. Johns County School District, city of Gainesville and city of Jacksonville received an F in both spending with veteran, minority, and women-owned businesses and minority marketing/advertising. However, all received an A in employment diversity. Both the Superintendent and Mayor’s Leadership Teams were very receptive and committed to improve their efforts. The city of Lake City spoke with us but ultimately, did not respond to our public records request, and the public deserves the right to know how it spends our tax dollars!

Although the government entities we reviewed receive your tax dollars, many still do no track spending by race and ethnicity nor is this data captured in the respective vendor registration processes. In 2015, many governments still do not have a small or minority business program to enhance opportunities for these entrepreneurs. Our review has led to local advocacy efforts to mayors, county commissions and school districts along with four sensible recommendations we will present for consideration by the governor and Legislature:

Require reciprocity by local governments to accept the state’s Minority and Women-Owned Business Enterprise certification. (This model currently exists in the state of Texas.)

Require all local governmental entities to track race and ethnicity in respective vendor registration processes to increase transparency, accountability and ensure accurate reporting of expenditures. (This model currently exists within the state of Florida’s Office of Supplier Diversity)

The NAACP is calling on the public to demand transparency and accountability in how your tax dollars are spent at all levels of government including your local elected officials! We encourage you to monitor the spending by your local school district, county commission, city commission, water management district and hospital district. The NAACP Florida State Conference will conduct this review annually and share with the general public.

Our goal is to ensure diversity and inclusion is good policy and demonstrated in actual expenditures!