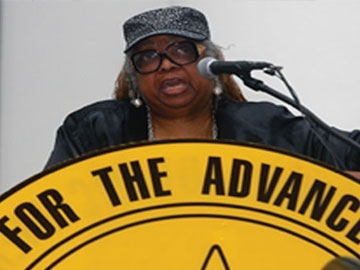 Highlighted Portion of the article:

The decision by Florida’s first elected black state attorney earned praise from several Florida civil rights leaders.
“A powerful symbol of racial injustice has now been discarded in Orange County,” said Adora Obi Nweze, President of the Florida State Conference of the NAACP. “We are so thankful that Aramis Ayala recognizes that an institution plagued by racial bias has no place in our society today. Ending use of the death penalty in Orange County is a step toward restoring a measure of trust and integrity in our criminal justice system.”