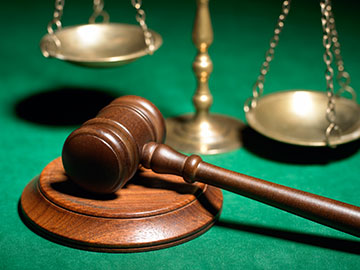 (TALLAHASSEE, FL) Florida State Conference NAACP is calling for State and Federal Agencies to investigate the unnecessary, tragic death of Ms. Barbara Dawson that occurred as a result of inhumane and negligent treatment by Calhoun-Liberty Hospital and the Blountstown Police Department on December 22, 2015.

According to the preliminary investigation by Florida State Conference (FSC) NAACP leaders, the sequence of events at the Calhoun Liberty Hospital involving Ms. Barbara Dawson’s treatment (or lack thereof) for her medical crisis, coupled with the manner of her discharge and subsequent arrest, handcuffing and forceful removal from the hospital is evidence of inhumanity and culpable negligence. This information is further supported by witness’ accounts that medical staff, assisting law enforcement with the victim’s arrest, deliberately cut Ms. Dawson’s oxygen tube with scissors thereby depriving her of life sustaining oxygen.

Adora Obi Nweze, President, Florida State Conference of the NAACP states, “This is one of the most egregious acts the NAACP has ever seen perpetrated by medical staff against a person in their immediate care. It is an act of deliberate indifference for life. A review of photos of Ms. Dawson in police custody, handcuffed and unresponsive at the police vehicle and place of death portray the culmination of the atrocities she underwent throughout this ordeal. There are many unanswered questions that demand a thorough, independent investigation be conducted to insure this does not happen to anyone else at any medical facility throughout Florida.”

NAACP National President and CEO Cornell William Brooks commented, “When one enters an emergency room seeking medical assistance and treatment, there is never an expectation that you will leave the hospital in handcuffs, forced into a police car and ultimately return in a body bag. There are so many questions left unanswered as to why Ms. Dawson was treated so inhumanely despite her many pleas for help. The NAACP demands a full investigation of all the hospital staff, doctors, nurses and law enforcement officials involved in the circumstances that led to Ms. Dawson’s death with the only acceptable outcome being any and every person who contributed to her death being held accountable for their actions.”

The Florida State Conference NAACP working in conjunction with the National Office of the NAACP strongly urges Florida Governor Rick Scott to appoint a Special Prosecutor to investigate the actions and practices of the Calhoun-Liberty Hospital and the Blountstown Police Department to determine if the practices carried out against Ms. Dawson were lawful, ethical and consistent with the practices defined under the Florida Department of Health and the Florida Department of Law Enforcement. The NAACP has also asked the Department of Justice, U.S. Attorney General and other appropriate Federal agencies to investigate and determine whether federal provisions regarding civil rights and standards of care for hospitals billing Medicare or Medicaid for medical services were violated.