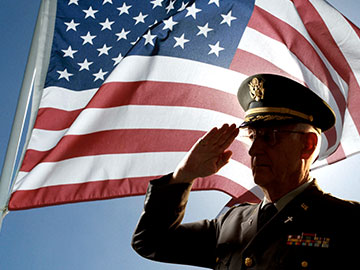 The Florida State NAACP State Conference has launched an online petition drive to ensure the governor, Cabinet and legislature do not allow prominent Confederate soldiers to be honored in the Florida Veterans Hall of Fame memorial. A group called the Sons of Confederate Veterans is pressing for the inclusion of three prominent figures in Florida history – former Gov. Edward A Perry III, U.S. Sen. Samuel Pasco, and Florida National Guard creator David Lang – who so far have been barred because they did not serve in the U.S. military.

“While these three Confederate soldiers went on to distinguished achievements after the South lost in the Civil War, they do not meet the basic criteria of having served, and been honorably discharged, from the United States military.

“The Confederacy fought to tear apart our country, in support of savage slavery, in a misguided, hateful attempt to uphold that abomination. The dark stain of slavery is undeniably a part of American and Florida history that should be remembered and studied. But to have these men honored in a memorial at the state Capitol for their service on the wrong side of history would be an injustice to the descendants of enslaved Americans and an insult to all Americans who have bravely served our country with honor. Honoring the Confederacy does nothing but reopen the scars of racism and division that, a century and half later, are still not healed.

“Including Confederates in the Florida Veterans’ Hall of Fame would be like a modern declaration of civil war by the State of Florida. It would be akin to flying the Confederate Flag over the state Capitol again.”