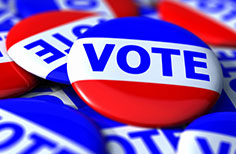 Dear Governor Scott:
The Florida State Conference of NAACP Branches and Youth Units (“Florida NAACP”) respectfully requests that you reconsider your decision not to extend the October 11 voter registration deadline notwithstanding the impact of Hurricane Matthew on the state’s voter registration infrastructure and the state electorate’s reasonable expectations.

When the October 11 deadline was established, the legislature agreed that the deadline provided the necessary amount of time required for registrations to occur. 1/ Nonprofit, nonpartisan organizations, including the NAACP, that register voters irrespective of party affiliation, made plans based upon that deadline. However, those plans were frustrated by the hurricane during the most critical week in any voter registration campaign – the final week before registration closes:

1. Pre-Hurricane Preparatory Days – October 3-7. Our volunteers in coastal counties found themselves unable to conduct registration work last week because they, their loved ones, and most of those they would have sought to register, were engaged in boarding up their dwellings and arranging to evacuate and ensure their own safety and the safety of others. We lost at least three days doing this, having followed the early warnings that you were absolutely correct to have issued to “evacuate, evacuate, evacuate.” 2/ Further, dozens of college and law student volunteers we were counting on to do on-the-ground registration in the final week were unavailable when their schools closed and students had to evacuate, thus depriving us of the opportunity to secure hundreds of registrants.

2. The Hurricane in Florida – October 5-7. During these days, throughout much of Florida the U.S. Postal Service was closed, 4/ Boards of Elections were closed, 5/ and much of Florida was under mandatory evacuation. 6/ Consequently, it was impossible on every level for voter registration to take place.

3. Post-Hurricane Recovery – October 8-10. These are the days when the final registration push would normally be taking place in churches, at tables outside shopping malls and supermarkets, barber shops and hair salons, and door to door. However, our registration volunteers are returning home only to discover that nearly 500,000 Floridians still lack electric power, 7/ and severe damage has been visited on many neighborhoods. 8/ In this environment, understandably Floridians’ first priorities have to be the safety of their families and the security and comfort of their homes.
Thus, your statement yesterday that “[e]verybody’s had a lot of time to register” 9/ is inconsistent with the legislative history and with the circumstances on the ground.
There is no public interest in not extending the registration deadline. Other deadlines impacted by hurricanes are routinely extended, ranging from deadlines for the performance of a wide range of private contracts to deadlines for public works contract completion such as road paving, and deadlines for state and federal regulatory form submissions. Thus it is surprising that the most consequential and sacred of government functions – protecting the opportunity to engage in the franchise of voting– would be treated differently.

Finally, we wish to call your attention to a well-developed body of law and equity regarding the treatment of Acts of God. In Anglo-Saxon Law since the days of William the Conqueror, extraordinary events on the scale of Hurricane Matthew have been universally understood to have compelled equitable exceptions to otherwise binding commitments. 10/ As you accurately stated, Matthew was “a catastrophic storm whether it’s a direct impact or not.” 11/ Thus Matthew is the kind of rare event that should be treated as a non-precedential Act of God compelling equitable relief.

Consequently, and noting that you have quite properly declared a state of emergency, we are requesting that you exercise your emergency powers to extend the registration deadline at least by the number of days that government offices, including county election supervisors’ officers, were closed due to the storm. See Fla. Stat. §98.015(4) (election supervisors’ offices must be open for at least eight hours Monday through Friday).

12/We are hopeful that the information we have provided affords you a better understanding of how voter registration works on the ground and persuades you of the desirability of an extension of the time lost due to the hurricane. Please do not hesitate to call me to discuss this urgent matter.