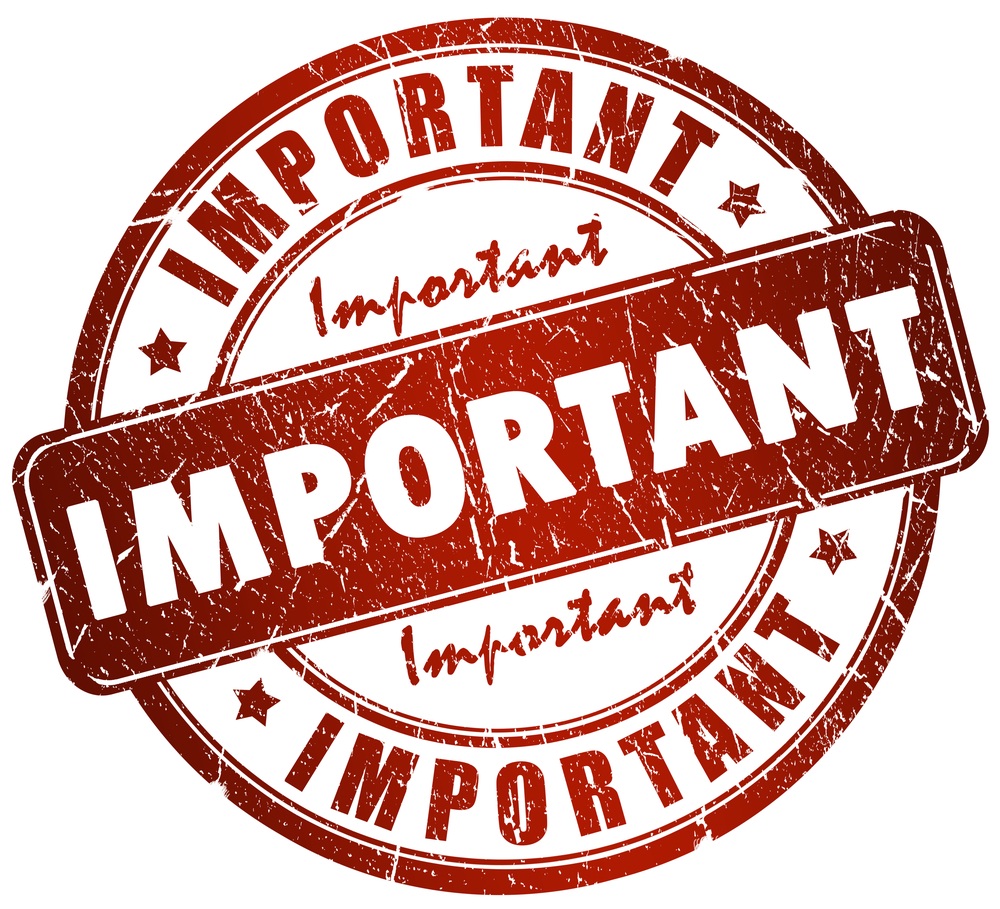 College sports exploits unpaid black athletes. But they could force a change.

On Monday night, college football will crown a new champion. In the process, a lot of money will be made.

No matter who wins, the University of Alabama’s Southeastern Conference and Clemson University’s Atlantic Coast Conference will be paid $6 million each. So will the conferences of the schools those teams beat to make it to the final. The organization that runs the playoff, a Delaware-headquartered corporation that’s separate from the NCAA, takes in about $470 million each year from ESPN. Clemson coach Dabo Swinney made $3.3 million last year and, as The Washington Post recently reported, his chief of staff makes $252,000; Alabama’s Nick Saban, the highest-paid coach in college football, made slightly more than $7 million, and the team’s strength and conditioning coach makes $600,000.

Some of the players are future NFL stars who will probably be rich one day, too: Alabama is led by Heisman Trophy-winning running back Derrick Henry, who set a SEC record for rushing yards and rushing touchdowns in a season. Clemson features gifted quarterback Deshaun Watson, also a Heisman finalist, and running back sensation Wayne Gallman.

The NCAA, though, insists that all of its players are student-athletes motivated only by love of the game and of their alma maters. So on Monday, they’ll be working for free. Most fans of college football and basketball go along with the pretense, looking past the fact that the NCAA makes nearly $1 billion a year from unpaid labor.

But after a year when Black Lives Matter protests spread across the country, and at the end of a season when the football team at the University of Missouri helped force the resignation of the school’s top two administrators over how the campus handled race-related incidents, we need to stop ignoring the racial implications of the NCAA’s hypocrisy.

After all, who is actually earning the billions of dollars flooding universities, athletic conferences, TV networks and their sponsors? To a large extent, it’s young black men, who are heavily overrepresented in football and men’s basketball, the two sports that bring in virtually all the revenue in college athletics. A 2013 study by the University of Pennsylvania’s Center for the Study of Race and Equity in Education found that 57 percent of the football players and 64 percent of the men’s basketball players in the six biggest conferences were black; at the same schools, black men made up less than 3 percent of the overall student population. (In recent NFL drafts, five times as many black players were taken in the first two rounds, where the perceived best players are picked, as white players.) Athletics administrators and coaches, meanwhile, are overwhelmingly white.

So by refusing to pay athletes, the NCAA isn’t just perpetuating a financial injustice. It’s also committing a racial one.

The bargain the NCAA makes with football and basketball players is fairly simple: You play games, entertain fans and make us money, and we’ll give you a scholarship, experience, training and exposure you need to make it to the pros.

For decades, a lot of that money has been earned by black athletes. College basketball was transformed in 1966 when Don Haskins’s all-black team from Texas Western College (now the University of Texas at El Paso) defeated Adolph Rupp’s all-white University of Kentucky squad in the NCAA championship game. It was a momentous achievement, widely credited for helping desegregate college basketball, particularly in the South.

Similarly, a 1970 game between the University of Southern California and Alabama changed college football, after USC’s all-black backfield, led by future NFL star Sam “Bam” Cunningham, defeated Bear Bryant’s all-white Alabama team in Birmingham. The victory essentially forced Alabama to integrate its football program if it wanted to compete at a high level.

It’s hard to imagine that football and basketball would be as wildly popular as they are now if they had never integrated. Or, for that matter, as lucrative. The amount of money generated by football and basketball in the “Power Five” conferences (the Pac-12, SEC, ACC, Big Ten and Big 12) has exploded in the past half-dozen years. The College Football Playoff will generate more than $7 billion from ESPN over a 12-year contract. Basketball’s March Madness will bring in nearly $11 billion from CBS Sports and Turner Broadcasting over a 14-year TV and Web deal. Merchandising and licensing revenue reportedly exceeds $4 billion a year.

There’s so much money up for grabs that individual schools and conferences have created their own sports TV channels. Fans can watch the Pac-12 Network, the Big Ten Network — even the Longhorn Network, devoted to the University of Texas (which is reportedly guaranteed an average of $15 million per year from ESPN, even as the cable-sports behemoth loses money on the enterprise). And there’s millions more from ticket sales and stadium and facility naming rights.

This enormous flow of cash is carefully kept away from football and basketball players, but coaches, administrators and other staff members get to bathe in it, even though many big-time athletic departments still lose money overall. Larry Scott, commissioner of the Pac-12 Conference, reportedly makes more than $3.5 million a year. Mark Emmert, the NCAA president, makes more than $1 million. According to USA Today, nine athletic directors make more than $1 million each, and nearly 50 make more than $500,000. Football and basketball coaches too numerous to count make well into seven figures — including many still getting paid millions after they’ve been fired. Even bowl-game directors can make nearly $1 million , for administering a single game. These are figures for those at the top of the pyramid: Many schools pay assistant coaches hundreds of thousands of dollars; Louisiana State University’s football team just hired a defensive coordinator for $1.3 million per year.

And for the most part, the people getting paid are white. Since 1951, when its first top executive was appointed, the head of the NCAA always has been a white man. Of the Power Five conferences, none — dating back to the 1920s — has ever had a nonwhite commissioner. A 2015 study by the University of Central Florida’s Institute for Diversity and Ethics in Sport found that 86.7 percent of all athletic directors in the NCAA were white.

The money generated by football and men’s basketball also goes to subsidize “non-revenue” sports such as soccer, equestrian, field hockey, rowing, swimming, gymnastics and golf. Virtually all of those programs lose money, and most of the men and women playing those sports are white. But at least the subsidies are allowing other athletes to compete at a high level, not funding lavish salaries for executives.

Because most football and basketball players haven’t acted on the economic power they possess — and no one in the NCAA universe is eager to change that, either.

Instead, the NCAA’s member schools are moving to distract them. The Post recently reported that Clemson’s new football facility will have a miniature-golf course, a sand volleyball pit and laser tag, as well as a barber shop, a movie theater and bowling lanes. The University of Oregon had so much money to spend on its football facility that it resorted to sourcing exotic building materials from all over the world.

In some cases, officials have made small concessions to avoid bigger ones. When football players at Northwestern tried to unionize in March 2014, alarm bells went off in athletic directors’ offices nationwide. Suddenly, that June, USC committed to giving football players guaranteed four-year scholarships. Before then, scholarships were a year-to-year proposition, renewable at the discretion of the head coach. Some other schools quickly followed suit, lest they be put at a competitive disadvantage.

The NCAA could have made these changes at any time — it didn’t have to wait for players to complain. Only when the free labor threatened to take action did the NCAA respond.

Action is still needed, though. For talented football and basketball players, the NCAA’s bargain is increasingly a bad deal: They are making enormous sums of money for everyone but themselves.

Yes, the scholarships received by football and basketball players provide an economic benefit. However, they come with onerous restrictions and no promise of an education. The 2013 Penn study found that black male student athletes graduated at lower rates than other black men at 72 percent of institutions with big-time football and basketball programs — and lower than other undergraduates overall at 97 percent of them.

At many schools, football and basketball players are forced into contrived majors in which they have no interest. Take a look at the football and basketball rosters of most Power Five schools, and you’ll find two or three majors that seem unusually popular among athletes — often interdisciplinary programs that make it easier for academic advisers to pick classes for athletes that fit the team’s schedule. Players are also often dissuaded from taking classes they’d prefer. One of my former clients, a fine student, once expressed interest in a class that happened to conflict — in an insignificant way — with a football matter. He was strongly discouraged from taking the class, and since coaches control playing time and scholarships, he didn’t want to risk angering them, so he didn’t enroll in it. If athletes want to transfer, NCAA rules often punish them by prohibiting their participation in their chosen sport for one year.

The few players who go on to NFL or NBA careers give up years of potential earnings to play for free in college, risking injury in the process. Most athletes, of course, don’t make it to the pros.

No other large-scale commercial enterprise in the United States treats its performers and labor this way.

Change, however, could come rapidly and fairly easily. If even a small group of players took a stand and refused to participate — imagine if they boycotted or delayed the start of Monday night’s championship game — administrators would have to back down. There’s too much money on the line, and no one could force the teams to play against their will. The schools and the NCAA would simply have to renegotiate the bargain with football and basketball players.

Paying players would cost money, of course, but with billions in TV revenue coming in, it shouldn’t be impossible to find a way to spend some of it on labor instead of on exotic woods for new training facilities. Fans would get over the end of the NCAA’s “amateur” status, just as they have accepted pro basketball, hockey and soccer players competing in the Olympics.

Former University of California and NFL linebacker Scott Fujita (whom I represent) recently told me: “The current model will only be ‘broken’ for as long as the athletes themselves allow it to remain that way. There’s no governing body that’s going to fix it. It must be the players. And as more players realize the power they can wield, and once they can organize around the common purpose of the change they seek, that’s when things will begin to shift.”

It’s time for those supremely talented young football and basketball players to help themselves to a better future.