Meeting the Challenge since 1941 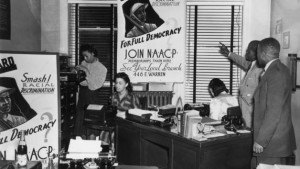 ~The history of the NAACP Florida State Conference is a story of tragedies and triumphs, of challenges and courage, of disappointments outweighed by hard-won advances. More than anything, it is a remarkable Legacy of strength and determination, an unwavering demand for nothing less than full equality, justice and respect. It is a Legacy which must not be lost amidst the enjoyment of those advances which have been made; indeed it must be recaptured and renewed in our time as never before, as we confront the new challenges of today.~ 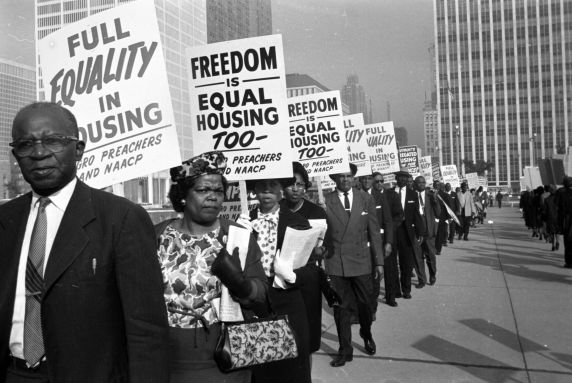 Between 1939 and 1940, under the leadership of Noah Griffin of St. Petersburg, a loose confederation of 9 branches throughout the state saw the need for coordination of branch activities and programs in order to eliminate segregation and discrimination against Florida’s black citizens more effectively. On October 17-19, 1941, the loose confederation met at Bethel Metropolitan Baptist Church of St. Petersburg and forms the first NAACP State Conference in the nation. The group elected Harry Tyson Moore as the first President of the Florida State Conference.

Two major projects of the 1940s were voting rights and the equality of teachers’ salaries. As a result of lawsuits filed by the State Conference, Democratic Party primaries were opened to all black citizens of Florida and all public school teachers were paid the same salaries. Such gains did not come without a price. The decade of the 1950s was marked by hate bombs and other terrorist attempts to halt full black participation in a democratic society. The most notorious of these was the murder of outspoken civil rights advocate Harry T. Moore and his wife Harriet on Christmas night, 1951, in Mims, Florida. Following the incident, Robert Sanders was named as the first Field Director. He embarked upon a program to rebuild local branches and to counter the adverse effects of the bombings and the killings. During the 1950s, the State Conference also provided leadership in filing suits to force local school boards to comply with the U.S. Supreme Court’s decision of 1954. Threatened by such successes, the Florida legislature moved to outlaw the NAACP in the state on the grounds that it was allegedly a communist organization. State Conference officers were subpoenaed to present their membership rolls and were arrested when they courageously refused to testify. 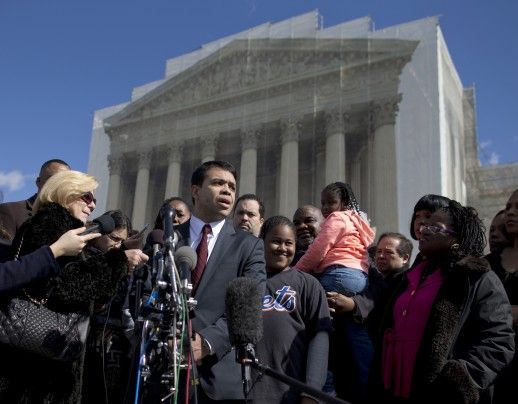 The 1960s were an era of heightened activism, characterized by sit-ins and protest marches by youth councils in Daytona Beach, Orlando, Ocala and Fort Lauderdale for the purpose of desegregating public accommodations. Students were arrested by the hundreds and the NAACP sought bonds for them. During the 1960s and 1970s, the leadership role of the NAACP working through the court system, was a major factor in bringing about many significant gains for blacks in Florida, notably in the area of affirmative action, desegregation and voting rights. The 1970s also saw the initiation of many new programs including the first Freedom Fund and Awards Banquet in 1975. During this time, the State Conference also invited the National NAACP Convention to Florida. The invitation was accepted and the 71st convention was held on Miami Beach in the summer of 1980.

The 1980s, by contrast, saw blacks barely holding on to the gains made during previous decades and the NAACP had to respond accordingly. The organization’s focus continued to be on voter education, registration and participation, but these were no joined by three other concentrations: education, criminal injustices and political action. The State Conference’s partnership with 7-Eleven Stores in metropolitan areas to register potential voters was successful. Special emphasis was placed on improving membership in 1987 and by the end of that year, the Florida State Conference had the largest NAACP membership in the southeast region. Efforts toward improving education included the establishment of the ACT-SO program, the Harry T. Moore Fund and the Barnett Bank Scholarship Program to provide opportunities for our youth. The agenda for the 1990s was political action, which included reapportionment and redistricting of Congressional districts and a continued effort for membership recruitment. As a result of the 1992 redistricting process, the state acquired fourteen black members of the Florida Senate and three members in the U.S. Congress. Records of the Courts and Legislature attribute these successes to the Florida State Conference. 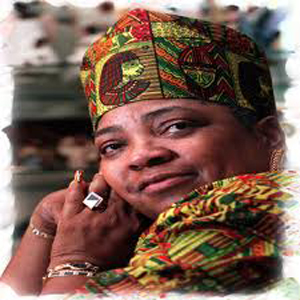 In 2000, Adora Obi Nweze aka Johnnie R. McMillan, was elected President of the Florida State Conference. The State Conference was very involved in plans for reapportionment and redistricting following the 2000 Census, with the goal of maintaining gains made in these areas ten years ago, and of enhancing our position for future legislative sessions. The State Conference has also been successful in settling many lawsuits filed across the state, which ranged from housing discrimination and unfair hiring and zoning practices to racially targeted traffic stops, inaccurate census practices and many more. Perhaps most notably during this time, the State Conference played a significant role in the 2000 elections, generating the highest reported voter turnout in the history of the state through a massive voter education/voter registration drive headed up by Executive Committee members former State Senator Kendrick Meek and State Representative Tony Hill. The NAACP was a partner in the March on Tallahassee, the largest march the State of Florida had ever seen, for any reason. These actions culminated in the filing of four lawsuits by the NAACP, two of which were against the State for voting irregularities in the 2000 Presidential Election and on behalf of employees of the Department of Corrections for discriminatory practices in regard to ballots that were thrown out. Efforts to gain appropriate and legal education practices for minorities continue. The State Conference was in litigation opposing former Governor Bush’s “One Florida Initiative” and the state’s adoption of the Opportunity Scholarship portion of the Governor’s A Plus Education Plan, on the grounds of violating the State Constitution. 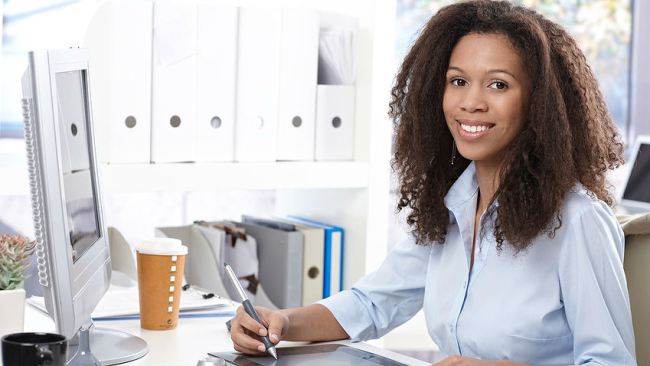 From 2006-2010, the Florida State Conference worked with the Governor’s Office to achieve several victories including a partnership in September 2007 joining the State Emergency Response Team (Division of Emergency Management) to enhance Florida’s responses to hurricanes and other natural disasters.   In November 2008, the Florida State Conference partnered with the DMS-Office of Supplier Diversity with a goal of increasing the number of certified black businesses in the state from 574 to 700 in one year. After six months of outreach and collaboration, the state increased its numbers to more than 1,000 certified black businesses. A formal agreement was also in place with the Department of Health to address health disparities in the black community. On February 12, 2009, on the 100th anniversary of the creation of the NAACP, former Florida Governor Charlie Crist also named Florida State Conference President Adora Obi Nweze as Special Advisor on Minority Affairs. State Conference President Adora Obi Nweze advised the Governor on matters related to development of minority businesses, equal access to education, health care, housing, government services and criminal justice.

In the fall of 2011, the NAACP launched a process to develop its strategic direction and plan, creating a powerful vision for the future and setting organizational goals that would focus its work for the 21st century. The five NAACP Game Changers are Economic Sustainability, Education, Health, Public Safety/Criminal Justice and Voting Rights/Political Representation.

The Florida State Conference continues its work in the present decade bolstered and inspired by the Legacy we have inherited!

Presidents of the Florida State Conference

Daytona – served on the NAACP National Board of Directors

Eustis – served on the NAACP National Board of Directors

Miami – serves on the NAACP National Board of Directors